OMG! The world is going to end, and we caused it. This story, in one form or another, goes back to biblical times. According to Genesis (6:9 to 9:17) God decided that humans had sinned too much and must be punished, so he called up a great flood to destroy the world. A similar story also appears in the earlier Epic of Gilgamesh. End of the world predictions are very popular and recur regularly in human history.

More recently, prognosticators have predicted climate change disasters that are due to human actions (sins?). During the Little Ice Age (see Figure 3 in the link), the European public blamed the cold weather on witches and Jews, over 50,000 “witches” and tens of thousands of Jews were killed because they supposedly caused the cold weather and glacial advances. Thus, the idea that humans somehow control climate change is very old. We have no more proof that this is the case today than people had in 800AD, which is about when Archbishop Agobard of Lyons, France said:

“In these parts nearly everyone – nobles and common folk, town and country, young and old – believe that human beings can bring about hail and thunder … We have seen and heard how most people are gripped by such nonsense, indeed possessed by such stupidity…” (Behringer 2010, p. 69)

END_OF_DOCUMENT_TOKEN_TO_BE_REPLACED

According to Exxon-Mobil, 9% of the world’s energy came from biofuels in 2017. They do not expect this percentage to increase by 2040, and it may go down. For the most part it is a developing world fuel. Primary biofuels include dung, wood, wood chips and pellets. Secondary, or manufactured biofuels include ethanol and biodiesel, which derive from several agricultural products, mainly corn, sugar cane, palm oil, soybeans and canola. The main advantage of using locally sourced wood and dung are their low cost and wide availability. Using imported wood or wood chips for generating electricity, as is done in Europe, is more problematic. Due to the economic and environmental costs of farming the trees, making the wood pellets or chips and shipping them to the powerplants; wood is not a competitive fuel for most powerplants. The energy density is too low. However, if the source of the wood is within fifty miles of the plant, it can be competitive with coal and it may produce fewer greenhouse gases than coal, estimates vary. Ethanol and biodiesel are also more expensive than fossil fuels and must be subsidized to be competitive.

END_OF_DOCUMENT_TOKEN_TO_BE_REPLACED

A virus dies out if it cannot spread to ‘fresh people’ for two or three weeks. All infected people should be contained at the beginning of an epidemic. ‘Helicopter money’ is proposed to prevent the further spread of the virus and to boost parts of the economy. It should be provided broadly to all individuals in affected areas and to essential parts of the economy needed to respond effectively to an unknown situation. Unusual times require unusual but effective measures.

After an internationally relatively ‘quiet’ period ‘the virus’ is spreading explosively over larger areas, even worldwide. Because the virus spreads by physical contact all people should be isolated as much as possible which lays a heavy burden on the economy. National and international economies are affected but also millions of ‘personal economies’. People need to earn money and that is why they continue with physical contacts and spread the virus.

Original measures are needed to stop the spiral.

END_OF_DOCUMENT_TOKEN_TO_BE_REPLACED

Why have uninformed celebrities and politicians been telling everyone, who will listen, we are all going to die in a climate catastrophe in 10 to 30 years? U.N. General Assembly President María Fernanda Espinosa Garcés of Ecuador warned us that: 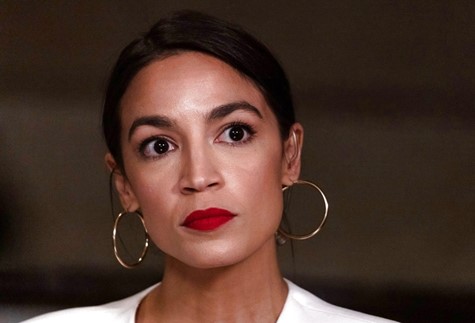 END_OF_DOCUMENT_TOKEN_TO_BE_REPLACED

The recycling movement started in the 1970s and it has been very popular in Western countries. Participation varies with location, but in our small community of The Woodlands, Texas, over 90% participate in our curbside recycling program. However, the value of recycled materials has fallen dramatically in recent years because far too much unrecyclable material is put in the bins by the public and much of what is recyclable is contaminated with water, food, or other contaminates that make the “good” stuff unusable. Waste disposal companies often charge “contamination fees.” In addition to the contamination problem, the value of recyclables is going down and cost to process them into a usable form is going up. Processing, that is cleaning and sorting a load of recyclable material, has gone from earning a community $25/ton to costing the community $70/ton or more in many areas. In 2015 recycling was a revenue generator for Houston and other cities in the area. Bellaire, for example, generated $12,000 in 2015 from curbside recycling, but in 2017, they lost over $80,000 for the same program.

END_OF_DOCUMENT_TOKEN_TO_BE_REPLACED

As long as humans have been on Earth, they have been adapting to changes in regional climates. A regional climate is the average of the weather for a relatively long period of time, usually 30+ years, at a particular location on the planet. The natural periodicity of prolonged regional weather variations has been documented in various ways by humans for eons. For a comparison of human civilization in the northern hemisphere to Greenland ice core temperatures for the last 18,000 years see here. Some of the means of documenting changes in long term weather patterns, i.e. climate change, include crude prehistoric cave drawings of the animals and plants, paintings of frozen rivers (see Figure 1 of ice skating on the River Thames in 1684), and archaeological digs. There are also written records of climatic conditions as early as 5,000 years ago, perhaps even earlier. Ice, subsea, peat and lake bed cores are also used, for a more detailed discussion of the methods used see here and the links therein.

END_OF_DOCUMENT_TOKEN_TO_BE_REPLACED

Nearly all the deadly infections of the corona virus are localized in the centre of the epidemic in and near Wuhan in the province of Hubei, China. This analysis leads to two main types of contamination: 1) breathing in the virus after a nearby contaminated person coughs or sneezes and 2) contracting the virus via the fecal-oral route, due to poor hygiene, that is not washing your hands. Of these two methods, the first is very dangerous. From the point of view of epidemics, the second form is potentially as dangerous as the first one. But for most individuals that are treated well the consequence of being contaminated seems to be no more deadly than a normal flu. Even so, the danger for whole populations and even for whole continents remains huge: every infected individual, who is not properly treated, can lead to a huge and dangerous epidemic.

END_OF_DOCUMENT_TOKEN_TO_BE_REPLACED

We have recently seen that Trump and his administration have not been accused of committing any crimes, other than those related to the improper spying on and interfering with his campaign by Obama holdovers, like Comey, McCabe, Strzok, Page, Brennan, Clapper and others (link). These latter people have all been fired or forced out of their positions for their involvement in the allegedly illegal spying against the Trump campaign or lying about the operation (link). The House of Representatives accused him of “abuse of power” and “obstruction of Congress,” but these are not crimes and not impeachable offenses according to a majority of the Senate and constitutional scholars Alan Dershowitz and Jonathon Turley, at least not as presented by the House. Turley believes both could be impeachable in theory, even though they are not crimes, but he says the House has not made a strong enough case for that.

END_OF_DOCUMENT_TOKEN_TO_BE_REPLACED

Introduction
Ice cores datasets are important tools when reconstructing Earth’s paleoclimate. Antarctic ice core data are routinely used as proxies for past CO2 concentrations. This is because twenty years ago scientists theorized Greenland ice core CO2 data was unreliable since CO2 trapped in air bubbles had potentially been altered by in-situ chemical reactions. As a result, Greenland CO2 datasets are not used in scientific studies to understand Northern and Southern hemispheres interactions and sensitivity of greenhouse gases under various climatic conditions.

This theory was put forward because Greenland CO2 data were more variable and different than Antarctic CO2 measurements located in the opposite polar region about 11,000 miles away. This article re-examines Greenland ice cores to see if they do indeed contain useful CO2 data. The theory of in-situ chemical reactions to explain a surplus and deficit of CO2, relative to Antarctic data, will be shown to be tenuous. The Greenland CO2 data demonstrates a response to the Medieval Warm Period, Little Ice Age, Dansgaard-Oeschger and other past climate change events. This response to past climate changes offers an improved explanation for why Greenland and Antarctic CO2 measurements differ. Further, Greenland CO2 measurements show rapid increases of 100 ppm during warm events in relatively short periods of time.

END_OF_DOCUMENT_TOKEN_TO_BE_REPLACED

The phrase “Ice Age” is poorly defined and often abused, so let’s first define the climate state during most ice ages. It is called “Icehouse Earth.” The earth is in an icehouse state when either or both poles are covered in a thick, permanent icecap (Scotese 2015). Today, both poles are covered in ice year-round, so you may be surprised to learn this is very rare in Earth’s history. In fact, out of the last 550 million years, the earth has had permanent ice caps on one or both poles only nine percent of the time.

An “Ice Age” is best defined as a geologically (or millions of years long) long period of low temperatures. This usually results in the presence of continental and polar ice sheets and alpine glaciers. We are currently living in the Quaternary Ice Age, this is only the fifth significant and severe ice age in Earth’s known history, and, so far it has lasted about 2.6 million years (technically 30+ million years ago when permanent ice appeared on Antarctica). It is the most severe ice age in the Phanerozoic, the geological name for the past 550 million years. Ice Ages are rare, but humans evolved during one, so it seems normal to us.

Figure 1. Christopher Scotese’s geological interpretation of Phanerozoic global temperatures in degrees C. The vertical line on the right side, labeled “PAW” is a projection of possible anthropogenic warming according to a pessimistic IPCC climate model. In 2016 the actual global average surface temperature of the Earth was about 14.5 degrees C. as marked on the plot, in 2019 the temperature is slightly lower at 14.35 degrees according to NASA GISS. The names of the major ice ages were added by the author. After (Scotese 2015)